Legal rights are, clearly, rights which exist under the rules of legal systems. They raise a number of different philosophical issues.

(1) Whether legal rights are conceptually related to other types of rights, principally moral rights; (

2) What the analysis of the concept of a legal right is;

(3) What kinds of entities can be legal right-holders;

(4) Whether there any kinds of rights which are exclusive to, or at least have much greater importance in, legal systems, as opposed to morality;

(5) What rights legal systems ought to create or recognise. Issue

(6) is primarily one of moral and political philosophy, and is not different in general principle from the issue of what duties, permissions, powers, etc, legal systems ought to create or recognise. It will not, therefore, be addressed here.

A preliminary point should be mentioned. Do all legal systems have a concept of rights? Their use is pervasive in modern legal systems. We talk of legislatures having the legal right to pass laws, of judges to decide cases, of private individuals to make wills and contracts; as well as of constitutions providing legal rights to the citizens against fellow citizens and against the state itself. Yet it has been suggested that even some sophisticated earlier systems, such as Roman law, had no terminology which clearly separated rights from duties (see Maine (1861), 269–70 ).

The question is primarily one for legal historians and will not be pursued here, but it may be remarked that it may still be legitimate when describing those systems to talk of rights in the modern sense, since Roman law, for example, clearly achieved many of the same results as contemporary systems. Presumably, it did so by deploying some of the more basic concepts into which rights can, arguably, be analysed. 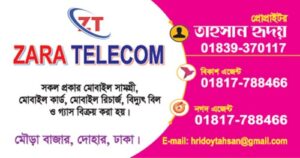